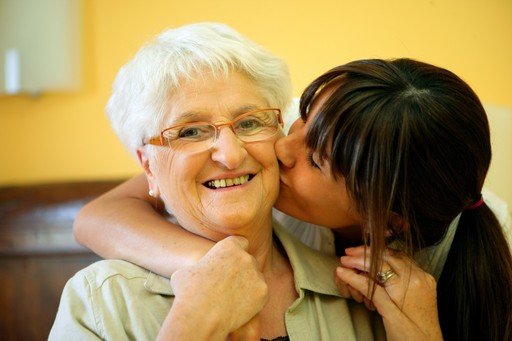 What is the ‘End of Life Choice’ debate about?

‘Assisted dying’, ‘aid in dying’ and ‘end of life choice’ are all euphemisms for assisted suicide and voluntary euthanasia.

Assisted suicide is illegal due to Section 179 of the New Zealand Crimes Act, prohibiting “the aiding and abetting of suicide”.

We care about suffering people, but after careful consideration of the complex issues involved, we have concluded that the legalisation of assisted suicide and euthanasia would NOT be the solution.

Contrary to a common myth, the debate is NOT about whether an individual should be able to end their own life.

The debate is about whether one person should be allowed to intentionally end, or help end, the life of someone else.

The ultimate choice would actually lie with the other person, not the person who dies.

People can already “choose to die”. They can do so by refusing life support, resuscitation or further medical treatment, or by deliberately ending their own lives (suicide). Suicide is not a crime. However, we encourage anyone with suicidal thoughts to seek support from Lifeline.

A law change would affect everyone

Another common myth is that a law change would be a personal choice, affecting only the person and their doctor. We disagree.

Criminal law would change for all of New Zealand. The law is the conscience of society. What gets legalised, gets normalised. The law sends a powerful message to all of society and especially to the next generation, who may grow up not knowing anything different. What kind of society do we want to leave for future generations?

The legalisation of voluntary euthanasia and assisted suicide would affect all of society, including those who don’t want such an ‘end-of-life option’ for themselves.

Currently our society accepts that people need to be cared for until their natural death, even if it costs money. If legal assisted suicide would become an option, staying alive would become optional too. Because death would be cheaper than care and treatment, there would be pressure on people to choose the cheaper option.

The mere existence of legal assisted suicide as an option would put pressure on people to choose it. If they don’t choose it, they would effectively choose to be a financial burden on society when they don’t have to. The so-called ‘right to die’ would become a duty a die. There would be subtle pressure on elderly, disabled and ill people to ‘do the right thing’ and free up health resources for the young and the able-bodied. Such pressure may increase over time.

We are convinced that no safeguards would be safe enough to protect people from subtle, or not so subtle, pressure to request death. The people who would be most at risk are people who are elderly, disabled, mentally ill, in abusive relationships or emotionally vulnerable people.

Here is a summary of other reasons why our organisation warns against the legalisation of assisted suicide and voluntary euthanasia.

Safeguards are unenforceable in practice

Nowhere in the world have legal assisted suicide and voluntary euthanasia been successfully contained and regulated. Any so-called safeguard would be unenforceable in practice, because assisted suicide and euthanasia laws are essentially based on self-reporting – it’s up to the person to report whether they followed all the requirements. If they didn’t, nobody else may ever know…

Because pressure can be subtle and occur behind closed doors over a long period of time, it would be impossible to ascertain whether consent is genuine and choice is truly free.

The illness and death of a loved one, and the grief process involved, can be an emotionally harrowing experience. However, ‘assisted dying’ – making it legal for people to deliberately help others to die by suicide – is NOT the solution.

We believe true ‘aid in dying’ and compassionate care mean walking alongside a suffering person and their loved ones. We advocate that medical professionals do everything possible to relieve their patients’ physical and psychological pain, and enable them to be dying with dignity, but without crossing the line of intentionally ending a person’s life. Euthanasia is ethically different from other end of life options, such as switching off life support, do-not-resuscitate orders, or withdrawing futile medical treatment.

Our conclusion is that legal ‘assisted dying’ would not be in society’s best interests.