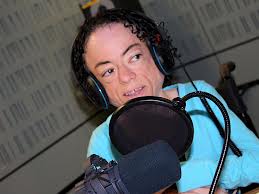 The debate over assisted suicide and euthanasia is a passionate one. But as the discussions continue to rage around the world, there are a few places where assisted death is already legal. Switzerland, Belgium, Luxembourg, the Netherlands, and Oregon and Washington States in the US all have laws permitting assisted suicide or euthanasia in some form.
In this two-part documentary for the BBC World Service, actress and broadcaster Liz Carr goes on a personal journey to all six places to see how it works. As a long-standing campaigner against assisted suicide legislation in the UK, she wants to find out what assisted death means in practice – and whether she’s right to be concerned.
In part one, Carr travels to Switzerland, where she visits the rooms where volunteers help people die, and finds out why the Swiss law on assisted suicide goes back to the 19th Century. In Belgium she meets a doctor who admits to performing euthanasia before it was legal; and in Luxembourg, she finds out why the law on assisted suicide nearly caused a constitutional crisis. Carr questions whether it is possible to balance the right of the individual who wants to die with the responsibility of society to protect those who don’t.

I’ve listened to it twice through – and it’s excellent so far. Carr talks to family members of people who have died through assisted suicide or euthanasia, promoters of the legislation, physicians and disability activists. It’s far more even-handed than the pro-euthanasia documentary makers have produced. You’ll also learn more about the history of legislation and practice than you’ll ever read in a mainstream press article.
Carr’s interviews are great, and often revealing. Most interesting, so far, are her own reflections about her own opposition to assisted suicide and euthanasia even as she engages with people who are completely comfortable with the practice(s).
After talking to two main advocates of euthanasia in Luxembourg who are obviously dissatisfied with the current parameters of the law (they would like to expand them), Liz Carr shares this  this terrific articulation of the slippery slope:

To me, this is what’s alarming about assisted death legislation; how easily a law can be changed once it’s introduced. The Luxembourg campaigners pushed for a law with strict limits and safeguards, which seems reasonable to most. But then the next step is to extend it to less straightforward groups like under-eighteens or people with dementia. Campaigners against assisted suicide like me often talk about the slippery slope. And I think this is what it means; Once a law’s in it’s unlikely ever to go away and when it gets extended it’s without all the debate and discussion that we have when it first goes through. It hasn’t happened in Luxembourg yet, they’ve only had five cases so far. But the way the people who pushed it through talk about the law makes me worried about the future.

Having listened to both parts of the “Euthanasia Road Trip” documentary at least 3 time through, I appreciate Carr’s work more than every. She had barely 50 minutes to work with – 50 minutes in which she covered 3 European countries and 2 American states.  All that and she managed to make it engaging and informative – I don’t think there’s a wasted minute. It’s a fantastic piece and can’t recommend it enough.
Links: