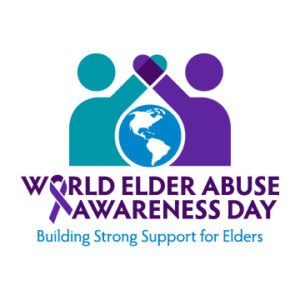 Euthanasia-Free NZ supports World Elder Abuse Awareness Day and calls on the New Zealand Parliament to reject the End of Life Choice Bill in the interest of public safety.

Elderly people are vulnerable to being pressured to request death. Such pressure can be subtle and occur behind closed doors.

“Since elder abuse cases are underreported, it is likely that some cases of coercion to choose euthanasia would also remain hidden, even from doctors,” says Renee Joubert, Executive Officer of Euthanasia-Free NZ.

The End of Life Choice Bill proposes that a doctor should “do his or her best to ensure that the person expresses their wish free from pressure from any other person by talking to other health practitioners who are in regular contact with the person and talking to members of the person’s family approved by the person.”

Ms Joubert describes this clause as “highly subjective and inadequate”.

“At the point of expressing a wish for assisted suicide a person may own the decision, but may have come to that decision as a result of pressure or abuse that had occurred previously.”

“It may be the presence of elder abuse that pushes an elderly person over the edge, causing them to feel that their suffering has become unbearable.”

Age Concern defines elder abuse and neglect as “a single or repeated act, or lack of appropriate action, occurring within any relationship where there is an expectation of trust, which causes harm or distress to an older person.” It can include psychological, financial, physical, sexual and institutional abuse.